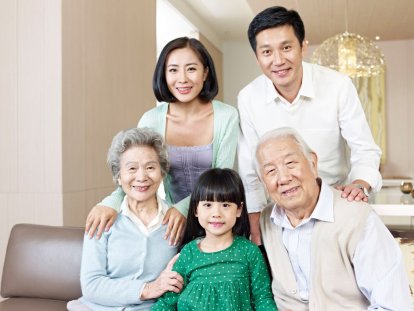 Many of our clients request help in finding a new primary care doctor.  We asked Oahu physicians if they accept new patients and found almost a third would not.  Even those who would accept were rejecting complicated or elderly patients.  See the full study below:

Patient advocates are often asked to identify appropriate specialists.   This has changed somewhat.  In the past 2 years, there has been a switch to requests for primary care doctors.   Characteristic patient comments include:

Many of our “go to” primary care physicians are no longer accepting new patients.   Therefore, we decided to comprehensively update our primary care database with attention to physician availability and insurance acceptance.

We identified primary care practitioners in the following specialties:

Between 2/2016 and 8/2016 our team telephoned all primary Care practices on Oahu.  The following questions were asked.

Is the doctor accepting new patients at all?

Data analyzed obtained from Oahu primary care practitioners including family practitioners, geriatricians, and internists were tabulated for the following:

463 of the 479 active primary care practices in Oahu were contacted between 2/11/16 and 8/26/16 and questioned about current acceptance of new patients. The remaining 16 MDs were unreachable despite numerous phone calls and messages.

Of the canvassed practices, which were either accepting new Medicare patients or continuing to follow existing patients, 54 refused to take 1 or more of the following providers

29 were refusing to accept Humana and United Health Care.  An additional 12 practices would accept all except Humana and 7 practices would accept all but United Health Care.  Most would still take original Medicare and HMSA.  Most cited issues with payment and responsiveness.  2 would not accept HMSA and 4 would not accept original Medicare.  4 specified Preferred Provider Organizations (PPO) plans only.

Of note, Kaiser and Straub employed physicians accept all insurers that have contractual agreements with their employer organizations.  Straub MDs accept Medicare all insurers while Kaiser MDs can only accept Kaiser Advantage plans.  163 of primary Care providers were employees of Kaiser Permanente or Straub.

Physician shortages are reported for all fields of medicine.   The University of Hawaii Physician Workforce Assessment report found that presented to the 2016 legislature by Dr. Kelley Withy showed a chronic shortage of all physicians statewide (20%).  Although the numbers recently stabilized somewhat there are predictions of an estimated 500-800 provider shortfall in 2020 (meeting of Hawaii Workforce Summit held on September 10, 2016)…

The greatest shortages are in Primary Care.  This is a national problem as well.  A 2012 New York Times article by Dr. Pauline Chen described a survey showing only 2% of medical students were interested in selecting primary care as a career path.   Citing a study in the Journal of the American Medical Association, Dr Chen noted that 50% who initially chose primary care training changed their mind and switched to subspecialty training.    Why?  Primary Care doctors work longer hours for less pay and prestige.   Many primary care graduates are choosing to become “hospitalists” with the lure of regular hours without the burden of maintaining a practice and the associated bureaucratic chores…

Compounding the shortage woes is an aging population of providers with the average age of 55 as compared to 51 on the US mainland. (Hawaii Health Workforce Summit 9/10/16).   In 2015, there were 711 providers aged 65 years or older. As the provider population continues to age, limit their practices or retire, the shortage will likely increase.

In our study, 31% of primary care MDs sampled would not accept any new patients.  The 2015 Hawaii Workforce Assessment Project reported 85% of all physicians were still taking new patients.  If we assume the 2015 data regarding new patient acceptance is similar across specialty lines then we are seeing a significant jump in primary care practices closed to new patients (15% to 31%).

The trend to shift away from Medicare acceptance is of particular concern.  Several practices refused to accept any Medicare patients.  The elderly population of Hawaii is growing more rapidly than most US states.  2010 Census data showed a 140% increase (as compared to a 34% nationally).  By 2035, the older adult Hawaii population is projected to rise to 29.7% of the total.  Older patients have more medical problems and are also likely to have older primary care doctors.  As their MDs retire, they will join the new Medicare enrollees seeking primary care practitioners.  With a shortage of Primary Care providers, who will provide medical care to a growing elderly population?

For MDs still accepting Medicare patients, our data shows selective acceptance.   54 practices stated acceptance was conditional on the provider of Medicare and the most frequent denials were for Humana and United Health Care Medicare Advantage Plans.  Providers cited administrative hurdles and delayed reimbursements by the insurers.

Even providers who continue to accept Medicare grumbled about administrative burdens and low reimbursement rates.  The Federal government recently released a new plan for physician payments under Medicare requiring providers to meet additional requirements to be fully reimbursed for their work.   Physicians may be able to avoid the extra qualifying work by participating with Medicare Advantage plans as the Quality measurements will have been done for them by the insurance companies.

Oahu is facing a growing deficit of primary care physicians. The most concerning aspect is the trend among providers to refuse all or certain Medicare plans.   Desirable physicians have limited their Medicare slates and it is likely more will start to do so.